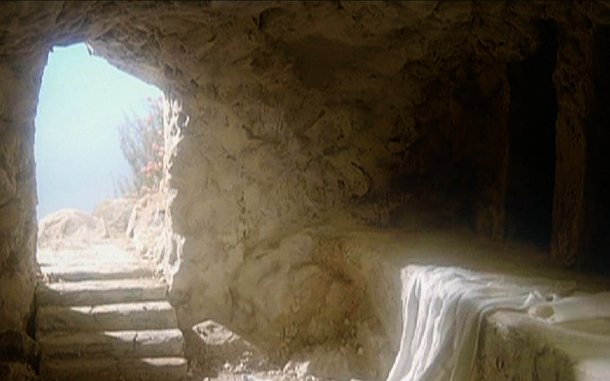 It is impossible that I would go too long without some puns, so, because it’s Easter, let’s get them out  of the way right up front with this eggcelent thought: You’re each some-bunny special. Just one more.  Do you know the Easter Bunny’s favorite restaurant?  IHOP!

When Rob and I were first married, after the honeymoon glow wore off, we started to notice those things about each other that weren’t as wonderful as we’d thought at first.  I’m sure I was perfect (not). I started getting upset that Rob was leaving his clothes all over the place.  We argued about it a lot until somebody helped me see that arguing wasn’t going to help. I realized then that it was impossible to change him, and I made peace with the piles of clothes.  This week as I was thinking about what I have thought was impossible at various times in my life, I looked around my house and realized that even though I thought it was impossible, there aren’t piles of clothes all over the house any more, and actually there haven’t been for many years.  I thought it was impossible once, and I haven’t until this week taken the time to notice and thank God and Rob for the change.

That was a relatively small thing, but it seemed huge and impossible to me at the time.  What is impossible?

When we think about what’s impossible, we are often leaving God out of the equation.

That’s what Easter is about, really, but it’s not just Easter. It was happening all the way back in Genesis with Abraham and Sarah.  They were really old, decades past their childbearing years, and they had no children.  But God promised Abraham that he would make him a great nation (Gen. 12:2), which means that despite their advanced age, children would come.  They waited a long time – almost 25 years since God first promised – and one day, when an angel came to visit, the angel told Abraham that when he came to visit again in a year, Sarah would have a baby.  Sarah, who was by then 90 years old (Gen. 17:17), overheard this and laughed.  The angel heard Sarah laugh and said, “Why are you laughing?  Is anything too hard for God?” (Gen. 18:14)

Is anything too hard for God?  How would you answer that?

I know that nothing is too hard for God, but I also know that God doesn’t give us everything we ask for in prayer, nor does he do everything we want him to do, so I often pray saying, “God, I know you can, I just don’t know if you will.”

That’s how we see Jesus praying during his prayers on the last week before he was crucified, “Father, all things are possible for you. If it be your will, remove this cup of suffering from me. Nevertheless, not my will but yours.”[2]

I was angry with God for not healing my step-mom Lydia.  She died from cancer a couple of years ago.  On the very same day she started chemo, one of my pastor friends who had a different kind of cancer also started chemo.  They started chemo on the same day, but other than that their journeys were quite different.  My pastor friend had some setbacks, but she’s now cancer free and has since written a book that’s about to be released.  I’m happy for her, but I was angry about her healing for awhile.  I had been praying for both of them, both my pastor friend and my step-mom, but God didn’t heal my step-mom. I’m a pastor, but that doesn’t mean I’m always happy with what God decides.

I don’t know why things turn out the way they do, because I’m not God.  But I know that God can heal, and that God does do miracles.

We were praying for another family member a few years ago.  A cousin who had a baby that was born 39 minutes after the world rang in a New Year in 2016.  The excitement of delivery faded quickly when the doctors told them that the baby was born with a condition called congenital diaphragmatic hernia. This meant that her organs were in the wrong places, her lungs hadn’t developed right.  She wouldn’t survive without corrective surgery, but they couldn’t do the surgery until she was stronger, so she was put on oxygen and flown by helicopter to a hospital with a specialized NICU.  It sounded hopeless.  Chances that she would survive were low.  So we prayed.

Little baby Adalyn lived long enough to get that surgery, and survived through all the additional surgeries, and now she is a happy, healthy 3-year-old!  For months it seemed impossible that she would even live, but with God all things are possible.

Even raising someone from the dead.  But on that first Easter morning, that’s not what those women were expecting when they went to the tomb to put spices on Jesus’ body.  They expected the body to be there, especially after the Roman guards had put a seal around the stone that covered the entrance. The guards even stood watch over it all night. (Matt. 27:66)  I’m betting that the reason Mark, Luke and John don’t mention those guards is that they were passed out on the ground.  Matthew tells us they fainted when they saw the angel that came to move the stone. (Matt 28:4)

This, by the way, might be another reason people are always afraid in the Bible when they see angels.  That stone that the angel moved was likely so heavy that it weighed two or three tons.[3]  That’s what typically covered the entrances to tombs in those days.  Any angel that can move a three-ton stone is definitely someone to be afraid of.

In Luke’s telling, there are two angels, but even with two, moving a three-ton stone is still crazy impossible.  And in Luke’s account, those angels are a little bit smart ass.  They ask, “Why are you looking for the living among the dead?”  Well, duh!  They watched him die.  Where else would they be looking for him?

Then the angels remind the women what Jesus had said, that he would die but then rise again on the third day, and Luke says then they remembered what Jesus had told them.  They were probably thinking, “Yes, he said that, but we didn’t really get it.”

But it’s important that we get it and remember it, for two reasons.  The resurrection reminds us of the depth of God’s love and the extent of God’s power.

Jesus told us that there is no greater love than to willingly lay down one’s life for one’s friends. It wasn’t an easy death, and he had the power to stop it, but he didn’t.  He became the sacrifice that takes away the sins of the world so that we could be forgiven and know that God’s love for us is deep and high and long and wide.  It’s important that we remember that Jesus was God in the flesh.  That’s what we celebrate at Christmastime when we sing about Emmanuel, which means “God with us.”

Sometimes what seems impossible is that God could really love us so much.  But God really does, and he showed it to us on the cross.

What also seems impossible is that we can be forgiven without doing anything to earn it, but because of Jesus we can and we are.  And there’s nothing that can separate us from that love – not our sin, not our fear, not even death.

What are you praying about that seems impossible?

At the beginning of Lent, we got eggs with a scripture inside and instructions to write on the paper something that we desire that seems impossible.  We put it back inside the egg and put it somewhere that we would see it every day so that we would remember to keep praying about whatever we wrote on that piece of paper.  I don’t know what you put on the paper, but I wrote two very big things that I suspected wouldn’t happen in the shortness of Lent, so I’m going to keep my egg, and I’m going to keep on praying about my two things.  But I also decided that wasn’t enough.

As I was thinking this week about impossible prayers I’ve prayed over the years, I realized that many have since come to pass.  Some I’d noticed and thanked God for.  Some I hadn’t noticed because they happened gradually or I forgot, and so this week I gave thanks to God for those answers to prayer that I had missed.

I have a little book that I’ve kept in my purse since the series on gratitude we did a little over a year ago.  I have other journals that I write my thankful lists in most of the time, but this one is handy for when I’m not at home and I want to remember.  This week I decided it needs to do double duty and so I’m keeping the front for writing my thankfulness, but the back is now for writing the impossible things I’m praying for, because I realized that I forget to notice how much God has been making impossible things happen in my life.

So here’s what I want you to do:

“If I were to wish for anything I should not wish for wealth and power, but for the passionate sense of the potential, for the eye which, ever young and ardent, sees the possible. Pleasure disappoints, possibility never. And what wine is so sparkling, what so fragrant, what so intoxicating, as possibility!”
–Søren Kierkegaard

Imagine the possibilities as we remember that God does impossible things.