I used to think it was funny when someone young would write an autobiography.  How can you write the story of your life when you’re not finished living it?

Like Miley Cyrus.  She wrote her autobiography at the ripe old age of sixteen.  Think about that for a minute.  How much life had you lived by sixteen?  Some of us, maybe quite a bit.  Miley had.  By this age she was already a huge star on the Disney Channel

comedy series Hannah Montana, a show that was for a while the highest-rated on cable TV.  She was already a chart-topping singer selling millions of records.  Ticketmaster agents said her concerts drew crowds with a similar intensity to the Beatles and Elvis.[1] The same year her autobiography was published, Miley was also starring in the Hannah Montana movie, another big success.

Something you might find interesting about Miley – In 2001, when she was eight years old her dad, country singer Billy Ray Cyrus, took her to see the show Mamma Mia!, the same musical our Sterling Community Theater performed a few weeks ago.  It was after seeing that show that she decided she wanted to be an actress and a singer.

Miley said she wrote her autobiography so her fans could feel closer to her.[2]  I think she chose the perfect title.  It’s called “Miles to Go.”  She knew the story of her life wasn’t complete, because she was still living it.  But she’d lived so much already.  She says in the book, “People ask if I’m missing out on a normal childhood. Sure, there are days when I don’t get enough sleep and the set feels like a prison. My parents talk about the day when all this slows down. But I know I’m blessed for this moment.”[3]

Miley was recording the blessings of the moment to share with the world. 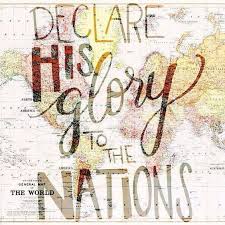 Maybe that’s what Luke was doing as well.

The book of Acts isn’t an autobiography of Paul, though it might seem like it.  It’s the story of the Holy Spirit and the spread of the gospel.  But if it were an autobiography, it feels unfinished.  Did Paul stay in Rome?  Did Paul go to Spain, as he’d hoped? (Romans 15:28)

It may be that Luke, the writer of Acts, didn’t include more because he was not an eyewitness to what happened next.  Up until this point, Luke had been travelling with Paul.

Maybe Luke, like Miley, realized that so much had happened already that he needed to capture it all right then.  Can you imagine being Luke at this point looking back?  His gospel begins before Jesus is born, all the way back at the angel’s prophecy to Zechariah and to Mary announcing the birth of the Messiah.  Luke’s gospel tells the story of Jesus, and then the book of Acts carries on the story of the spread of the gospel. By the end of Acts, the gospel has gone all the way from Jerusalem to Rome, despite persecution and imprisonment, despite a 14-day storm and a shipwreck.

There are two things in our reading from the last chapter of Acts that we should take a look at. One is the connection between the hindrances mentioned earlier in Acts and the last word in the Greek text: ἀκωλύτως. Acts ends saying the gospel continued unhindered.  Akolutos. Without hindrance.  And that word is also in the story…[4]

The Holy Spirit continues to work unhindered, even all the way to the moon. 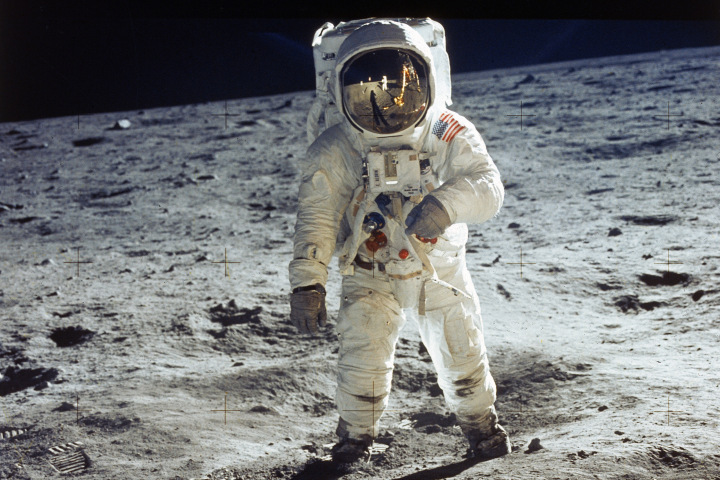 Did you know that astronaut Buzz Aldrin was a Presbyterian? 50 years ago yesterday (July 20, 1969) Buzz Aldrin and Neil Armstrong celebrated communion on the moon. I have loved seeing all the stories in the news this week about this.  But before they could do that, Aldrin, an ordained elder in the Presbyterian church and a member of Webster Presbyterian Church down in Greater Houston, had to ask his pastor, and then the executive of the presbytery, if anything should hinder them from having this sacrament on the moon.[5]  There were some logistical challenges, but no denominational ones.

The other connection worth noting is that both Paul and Jesus quote God’s words to Isaiah.  In Matthew 13 when the disciples ask Jesus why he uses parables in his teaching, Jesus explains what God was also explaining to Isaiah when he was being commissioned as a prophet. (Isaiah 6:9-10) 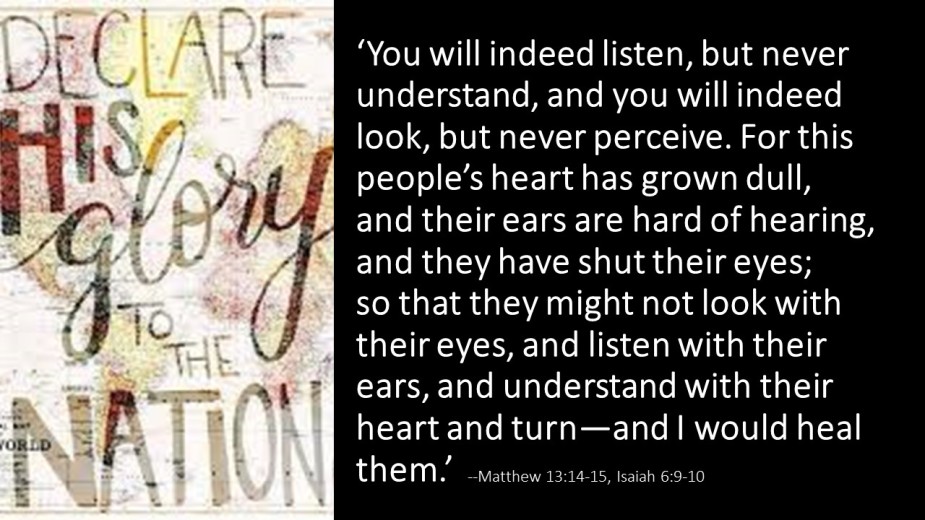 I called this message “Acts 29” because there is no Acts 29 in the Bible.  We are living out Acts 29.  The story is unfinished.

Revelation gives us a prophetic vision of the end of the story at some unknown point in the future, when everything will be made new, and there will be no more tears, no more pain.  In the verses we read from chapter 22, John describes a vision that sounds a lot like the Garden of Eden, the perfect, beautiful place, where there will be no more darkness because God’s perfect light will always shine.

“Nothing accursed will be found there any more. But the throne of God and of the Lamb will be in it, and his servants will worship him; they will see his face, and his name will be on their foreheads. And there will be no more night; they need no light of lamp or sun, for the Lord God will be their light, and they will reign forever and ever.” (Rev. 22:3-5)

The beautiful light of God’s love and grace will shine.  We know what the ending looks like, and because of that we know that God’s work is not done in us or in our world because it doesn’t look like that . . . yet.  Our story is still being written.  God’s not finished with us yet.

Arn Froese’s story about his experience trying to follow Jesus in his youth is unfinished.  We know there’s more because Arn is here today so many years later to tell the story.  But that experience was significant enough that it remained in Arn’s memory and that he felt compelled to record it, and maybe in hearing his story you are encouraged because you’ve had a similar experience.

Why did Miley Cyrus publish her life story at the young age of sixteen?  She wanted people to know who she was at the core.  You have to admit, though, that it was a brilliant marketing decision.  She was very popular.  Viewership was high. Attendance was high. Sales were high.  In the world of business, at the end of the day it’s about making money, and that is how the world measures success.  But not the church, and not God.  Jesus explained this to us in the parable of the lost sheep (Luke 15:3-7) in which the shepherd leaves the 99 sheep to go find the one lost sheep.  The success of the gospel isn’t a numbers game.  Some will hear and follow, and some will not.  Only God knows why some will listen and why others won’t. God doesn’t give up on us. God pursues us. Our call is to listen and follow, to be transformed and to be witnesses, so that someone, even just one, will also hear and be saved.

At the beginning of Acts, Jesus said to the disciples in Acts 1:8:

“You will receive power when the Holy Spirit has come upon you; and you will be my witnesses in Jerusalem, in all Judea and Samaria, and to the ends of the earth.”

Are we people of unhearing ears, unseeing eyes and hardened hearts or are we welcoming the work and guidance of the Holy Spirit?

We are called to tell the story of the Holy Spirit’s work in us to everyone in Sterling, Rice County, Kansas and to the ends of the earth.  Not to tell people what they should believe, but to tell who we are and why we believe.

Paul’s letter to the people in Philippi that he wrote to them from prison speaks to us today and sums up our 40 days in Acts really well.  He says to us:

Philippians 2:12-15 – “Therefore, my loved ones, just as you always obey me, not just when I am present but now even more while I am away, carry out your own salvation with fear and trembling.  God is the one who enables you both to want and to actually live out his good purposes.  Do everything without grumbling and arguing so that you may be blameless and pure, innocent children of God surrounded by people who are crooked and corrupt. Among these people you shine like stars in the world because you hold on to the word of life.”

We hold on to the word of life because we have the vision of a better life and a better world in which God reigns and love wins, and though the light may seem dim at times, it never goes out.  May we, like Paul, continue to proclaim the kingdom of God and teach about the Lord Jesus Christ—with all boldness and without hindrance!

The call, then, is to tell our stories.

How has God brought you new life?