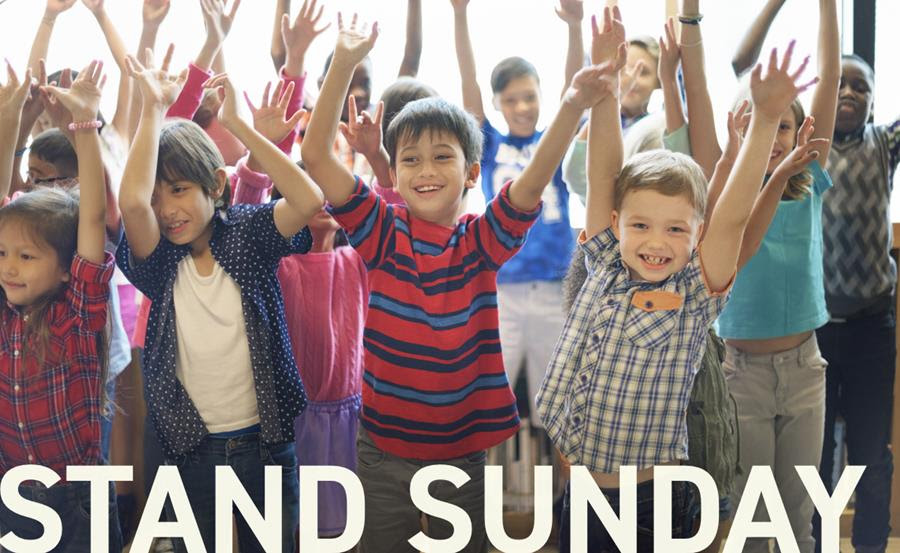 Q: Who was the most successful doctor in the Bible?   A: Job, because he had the most patience (patients).[1]

When someone is holding up well in a difficult time, we say that they have the patience of Job.  It’s even in the Bible.  James 5:11 praises Job for his patience and perseverance in the midst of his suffering.  Do you know Job’s story?

We don’t know for sure who wrote the story or when. This ancient story is about a man named Job who lived in the land of Uz, which is somewhere east of . . . somewhere.

As the story goes, Job was a man of complete integrity who feared God and stayed away from evil.  Job had a large family, large herds of sheep, camels, oxen, and donkeys, and was the richest man in the area.  One day in heaven, Satan and God argue about whether Job would still trust God if Job wasn’t rich anymore, and so God allows Satan to take away Job’s children and livestock, leaving him with nothing.  Job is devastated, but in his despair, he doesn’t blame God.  Satan continues to argue, certain that Job is still holding on to his integrity in God because Job still has the blessing of good health, and so Satan afflicts Job with sores all over his body.

At this point in the story, Job’s wife scoffs at his integrity and suggests that instead he should curse God and die.  But Job replies, “Should we accept good from God and not the bad?” (Job 2:10) And so Job still did nothing wrong.

Then three of Job’s friends show up to try to comfort him.

Q: Do you know why Job always cold in bed at night?  A: He had such poor comforters.[2]

Most of the book of Job is the speeches of these friends who do such a poor job of comforting him, but I should point out that they started out doing quite well.  We could easily miss the one verse that tells us what they did first:

Then they sat on the ground with him for seven days and nights. No one said a word to Job, for they saw that his suffering was too great for words. (Job 2:13)

They sat in silence for seven days. The friends didn’t speak until Job was ready, and Job is the first to say anything.  Job cries out about his suffering, and he curses the day he was born, but he still does not curse God.

When the friends start talking, they don’t comfort, they accuse.  They assume that Job must have sinned in some way to earn his suffering.  They’re totally wrong, which we the readers already know, but these friends can’t seem to see any other explanation.  In their thinking, bad things happen to bad people and good things happen to good people. We call this retribution theology.

We know the world doesn’t really work this way.  Jesus even pointed this out in his last teaching to the disciples that night in the upper room.  He said, “In this world you will have trouble.” (John 16:33) But still we sometimes make the same assumption that Job’s friends made, that if someone is having a hard time, they must have done something wrong that caused it.  We wouldn’t want people to make that assumption about us, and we don’t want to be making that assumption about others.  A child often assumes that if they’re having trouble, they themselves must have done something bad that caused it.  Children need people in their lives to reassure them that having trouble doesn’t mean you’ve done something to earn it.

At the point where we pick up the story in our scripture reading for today, Job has gotten tired of arguing his case, but Job’s still trusting God.  He makes a memorable and prophetic statement of faith, “I know that my redeemer lives, and in the end he will stand upon the earth…and in my flesh I will see God.” (Job 19:25-26) There’s great truth in Job’s statement that Job himself wouldn’t have known.  God does show up at the end of the story and silence Job’s mislead friends and restore Job’s health and possessions. God also reminds them all that not everything that happens in this life will make sense to us.

When Job speaks of a redeemer, we think of Jesus.  Though Job lived long before Jesus was born, we know that Jesus was already God’s plan to redeem us. (Eph 1:4) In ancient Israel, there was also the idea of a family redeemer, the closest relative who had the responsibility of stepping in to help when someone was alone or in trouble.  Today we would call this the next of kin. For children, this would be mom or dad. A child who has lost their parents or whose parents are not able to care for them needs someone else to be their redeemer or advocate…to stand with them and for them.

Listen at the link above to hear Christian Dashiell telling about his family’s adoption story and how we can help those in our community who are fostering and adopting.

Key Numbers to Know for Kansas[4]