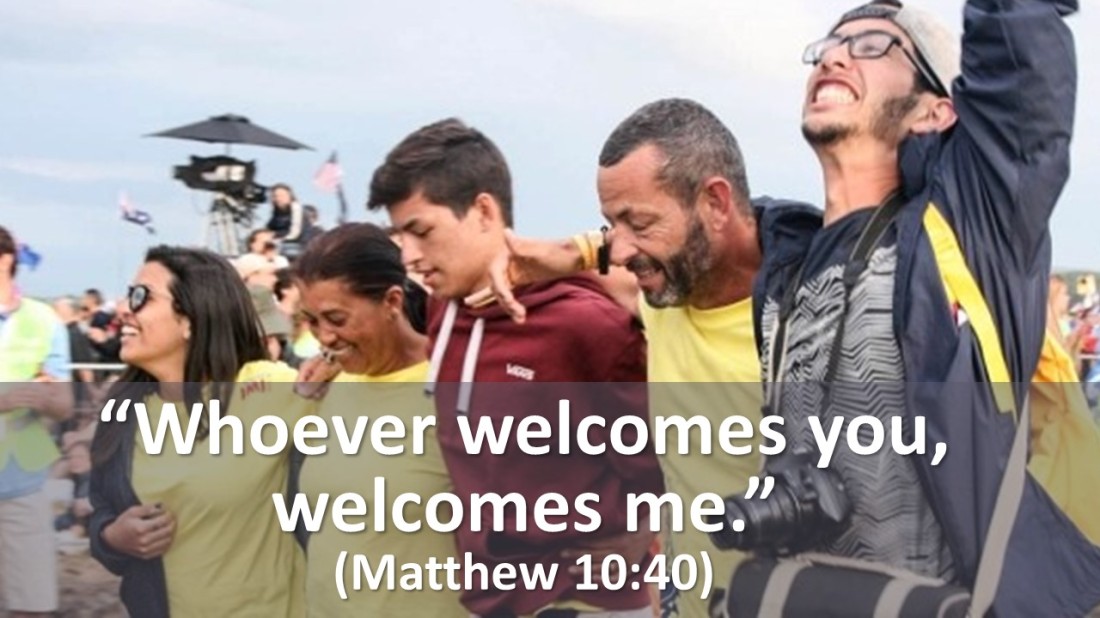 I usually like to ask you what words jumped out at you in the scripture, but today, instead, I’m wondering:    In this scripture reading, who are you?

We might be accustomed to hearing in these verses the call for us to be welcoming to strangers.  That’s actually what I said last week when I mentioned this verse.  But the reading today is the end of Jesus’ instructions to the disciples as he is sending them out to tell people that the kingdom of God is here, and to show that by casting out demons and healing the sick.  Jesus sends them out to spread hope in God.

Years ago, maybe decades ago for some, our churches had evangelism teams.  Following the model of Jesus sending out the disciples, we went in teams of two.  We were to knock on doors and hope to be welcomed in, or at least allowed to speak enough to have a conversation with people about Jesus.  If we knocked on enough doors, and didn’t give up no matter how discouraging the response, eventually some people would welcome us and listen to us and maybe even be interested in the message enough to want to follow Jesus themselves.

Back in those days, we also had door-to-door salesman.  The Fuller Brush man would come selling brushes and cleaning supplies. 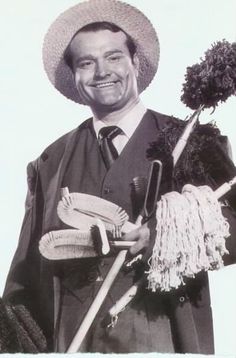 I remember when my parents bought an entire set of encyclopedias from someone who came to the door. (I fell in love with those encyclopedias.  I was completely in-fact-uated.)

Now the world has changed.  We very seldom knock on doors these days.  About the only time someone knocks on my door now, they’re delivering a package or a pizza.  They come in a car or a truck, and they don’t need us to house them or feed them or be welcoming.

There’s reciprocity in this welcoming.  It’s both welcoming and being welcomed at the same time.  Kind of like me on my first Sunday as your pastor.  At the beginning of worship, the pastor welcomes everyone.  But you all were welcoming me, at the same time.  I was the stranger, the newbie, who needed help to know where to go and what to do, and you all were trying to make me feel welcome and at home. We were happy to welcome each other. But the reality is that though we say this is our church, we are all really guests in Jesus’ church.  And if you want to get technical about it, it’s the Presbytery of Southern Kansas who owns the property, so I welcome you and you welcome me on the behalf of the presbytery and on the behalf of Jesus.  The better we are at this welcoming of one another, the more God blesses our efforts, and enhances the mutual benefit.

When Jesus says, “…whoever brings you a cup of water…” (Matt 10:42), he might be alluding to what happens in 1 Kings with the prophet Elijah.  Elijah’s first appearance in

the Bible is in chapter 17, where he confronts the evil king Ahab with the message that there will be a drought that will last until Elijah tells it to stop.  After delivering this dire message, Elijah needs to get the heck outta there, so God sends him to go hide near a brook, and sends ravens to feed him.  But, since there’s a drought, the brook eventually dries up, so God sends Elijah to the city of Zerapath and tells him that a widow there will feed him.  When Elijah gets to Zerapath, he sees a widow out gathering sticks, so he asks her for a cup of water.  Then as she’s headed to get him a cup of water, he adds, “Oh, and some bread, too.”

She stops. And maybe she sighs, as she says, “I swear by the Lord your God that I don’t have a single piece of bread in the house. And I have only a handful of flour left in the jar and a little cooking oil in the bottom of the jug. I was just gathering a few sticks to cook this last meal, and then my son and I will die.” (1 Kings 17:12)

If I were Elijah, I might have said, “Oh, well then, never mind.  I’m so sorry to bother you.”

But Elijah says: “Don’t be afraid! Go ahead and do just what you’ve said, but make a little bread for me first. Then use what’s left to prepare a meal for yourself and your son. For this is what the Lord, the God of Israel, says: There will always be flour and olive oil left in your containers until the time when the Lord sends rain and the crops grow again!” (1 Kings 17:13-14)

So she did and there was, just as God had promised through Elijah.

Just as Jesus said in today’s gospel reading: “…whoever gives even a cup of cold water to one of these little ones in the name of a disciple—truly I tell you, none of these will lose their reward.” (Mett. 10:42)

Instead of having one last meal and then waiting to die of starvation, the woman and her son had enough flour and oil to last them through the drought. But if Elijah hadn’t been willing to ask her for help, and if she hadn’t been willing to give that help, maybe all three of them would have died.  But in the asking and the giving and receiving, all of them are blessed.

“Whoever welcomes a prophet receives a prophet’s reward.” (Matthew 10:41)

“Jesus tells his disciples as it were, “I am sending you into a dangerous world as part of my mission to love, save, bless, and be reconciled to that very world. It is dangerous out there. But you will find welcome. Those who welcome and receive you, also welcome and receive me—and they will be rewarded.”[4]

Today in the midst of a pandemic, the traditional ways of welcoming are turned inside out.  We are being careful about where and when and how we interact with people.  Some of you are here in the same room with me, but many of you are, from here in Sterling and even from other states, welcoming me into your home via the internet.  Thank you for having me.

Some of you are watching on a television screen.  My mom used to call the TV the “squawk box.”  Before flat screens, it did look more like a box.  Seeking God through a box reminds me of the holy box that was so important to ancient Israel, the Ark of the Covenant.  This box had been created during the time that Israel was wandering in the desert.[5]  When they were camped in place and had set up the special tent of meeting called the tabernacle, this box, the Ark of the Covenant, was kept in the center of the tent behind a special curtain, in a place called “the holiest of holies.”  After they came out of their wilderness travels into the Promised Land, they set up the tabernacle in Gilgal.

For Israel, the Ark was the dwelling place of God, and so one day, when the Philistines attacked Israel, the army of Israel decided that if they took the Ark with them into battle then God would give them victory (1 Sam. 4:3).  This didn’t work, and the Philistines captured the Ark of the Covenant, and put it in a Philistine temple next to the statue of their god Dagon (1 Sam. 5:1-5).  But the statue fell over one night and broke, which freaked out the Philistines, so they decided they needed to send the Ark back to Israel.  They put it on a cart hooked up to oxen and sent the oxen down the road.  The cart

Welcoming the Ark was welcoming God, and so Obed-edom’s household received the reward, the blessing of God.  But these days, the dwelling place of God is in us (John 14:17).  We are the temples of the Holy Spirit.  (1 Corinthians 3:16-17 “Do you not know that you are God’s temple and that God’s Spirit lives in you?”) Through faith in Jesus Christ, the Holy Spirit lives in us, and so whoever welcomes us, welcomes God who lives in us.  Wherever we go, we bring God with us (Psalm 139:7-10).

And now I think that requires a bigger leap of faith than ever before, to be walking by faith more than ever before, because our going out and connecting with people in this season of pandemic cannot always be a physical going out.  We’ve learned new ways to connect, having to rely on phone calls, letters, email, video calls, Zoom, Facebook, Insta, Twitter, etc.  The means of connecting doesn’t matter as much as the effort to connect, trusting the Holy Spirit who lives in us to bridge the gaps between us.

I would love to have Elijah here now telling us how long this pandemic will last, telling us what tomorrow will bring, but I’m not sure that really matters. What really matters is that we are welcomed and welcoming, and that we are willing to find ways and time to listen to one another, and to listen compassionately, even when someone is talking about something that doesn’t matter so much to us. What’s on their hearts matters deeply to them.  And it matters to God.   God is the one who works in our hearts, and helps us to hear what’s in each other’s hearts.

Jesus sends us out into the world, but we don’t go empty handed.  We go with Jesus.  To do that, we need to be trusting Jesus, and listening to Jesus.  As we do, we bring God’s blessing of grace and peace to the world.

Loving God, help us to trust in Jesus and to know your peace, so that we can be bearers of peace. Help us to accept hospitality, and to be willing listeners.