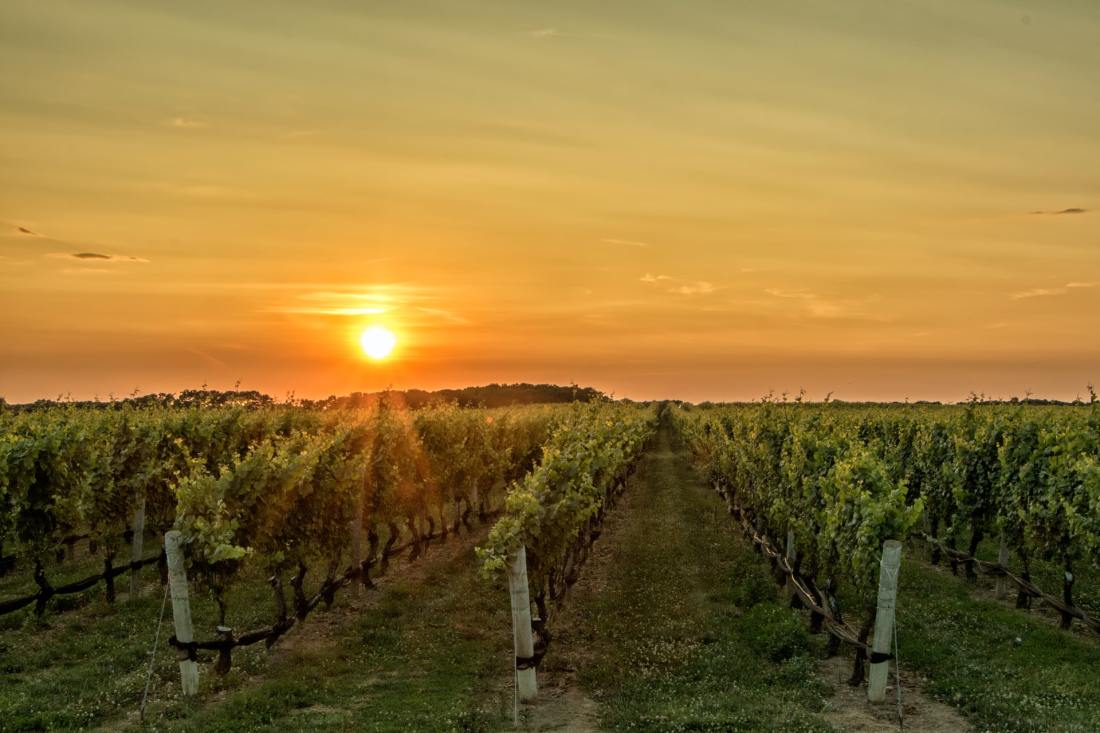 Let me ask you a question that has plagued mankind since the beginning of time: Is God fair?  What do you think?  Raise your hand if you think God is fair. (Tell online people the result)

Considering that God is righteous and just and all-knowing, do we want God to be fair?

The people in this parable are upset because they think the amount they have been paid by the owner of the vineyard is unfair.  Those who came first thought they deserved more.  Jesus says this is a story about what the kingdom of heaven is like.  It’s generally understood that the landowner is God and that we are the people.  It’s reminiscent of the song of the vineyard in Isaiah 5 which laments that the people are bitter, somewhat like the people in this story.

Which people do you identify with?  The people who started work first?  Or the ones who came last?  Or somewhere in the middle?

Have you ever had to make your living by standing on a street corner hoping someone would come by and offer you work for the day?

To my surprise, my husband Rob answers yes to that question.  In California, it was common when we lived there to find people standing on certain street corners waiting for work, much like the people in this parable.  Rob, when he was a teenager, discovered that he could also make money this way, so when he needed money, he stood on one of those street corners.

Now, I don’t know if he was ditching school to do this…but I do know that if he needed money it was not because his parents were poor.  It was simply because his parents were trying to teach their kids discipline and didn’t give them money every time they asked.  Rob’s family wasn’t going hungry, by any means.  And that’s probably the case for many of us.  If we get in a tight spot, we have options.  Our families would help, or our friends.

Maybe our assessment of what’s fair is colored by our experience. Our protestant work ethic tells us that hard work pays off, and often that’s true. And this leads us to make the assumption that if someone is in need, then it must be because they haven’t worked hard enough.  But it’s not always that simple, and life is not always fair.

We might look at this parable and say, “But this isn’t about money.  This is an allegory for salvation.  This is about God’s grace.”  We probably would all agree that everyone is someone whom God created and  loves. And none of us is worthy of God’s grace, and yet God gives it to us anyway and makes us worthy. We are at the same time sinners and those saved by God’s grace through Jesus Christ.[1]

Maybe you’re like me and you read this parable and want Jesus to answer more of our questions.  Why weren’t those five o’clock people in the marketplace earlier?  Or were they there but they just didn’t get hired in the earlier batch? Why didn’t the landowner hire all of them at the beginning?

But we can’t answer those.  So maybe we’re asking the wrong questions.

Jesus says the last will be first and the first will be last.  What if the landowner is not paying them for work, but for worth?  If all people are created equal, then they are of equal worth.

Our children’s ministry department Wellspring Woods sent out an email this week in which Carla said she used to tell her daughter Samantha as she went off to school, “Make good choices.”  Very good advice.

So much of what happens to us in life is the result of making good choices.

Making good choices does make a difference.  But what about all the ways we don’t get to choose?

There were lots of choices to be made in my path to becoming the pastor here at United Presbyterian Church of Sterling, KS, but in my search for my first job as a pastor, I certainly didn’t choose that the only churches that went past the first interview with me were in Texas.  And had we not moved to Texas then, we might not have been willing to consider Kansas next.

When you think about your life, what has happened that was outside of your control?  Give thanks to God, for so many of our blessings were beyond our control. Maybe most of them, really.

In today’s parable, why did some get hired first and some get hired last?  Was all of that entirely out of their control?  We don’t know.  The landowner’s response to the grumbling of those who were hired first suggests that their problem is that they aren’t seeing the situation the way God sees it.  I suppose it’s natural that they would have a self-serving bias.  They worked hard all day and they feel they deserve more.

The landowner says, “Are you envious because I am generous?” (Matt. 20:15) In the Greek text the question is literally, “Is your eye evil?”[2]

It can be easy to be jealous when other people get things that we want, or when we think we deserve better, and then we give them the evil eye.  One of the ten commandments tells us not to covet anything that belongs to our neighbor. (Ex. 20:17) We also look at them with evil eyes when we feel that we deserve our blessings more than they do and so we look down on them for having less.

Sometimes we need the perspective adjustment that comes through someone else’s eyes. When I was going to school and our income was quite limited, we were struggling to make ends meet.  We’d had to let go of some of the conveniences we were used to.  We were feeling quite poor, and one day in a small group Bible study meeting in our living room, I referred to us as poor.  One of our group members looked around the room at our ample furniture, TV, VCR, Nintendo video game console, table overflowing with food that we were sharing with the group that night, and every member of the family in clean and relatively new clothes, and said, “You’re not poor.”

If our eyes are evil, we need to ask God to help us change the way we see people and situations, and acknowledge and respect the dignity and worth of every person. We need to see them the way God sees.

In Greenville, SC (before the pandemic) one way to change the way you see would be to sign up to take a poverty tour.  On this tour, a van takes you to places around the city that you might never have been, or maybe just never noticed.  As you drive by the woods, the tour guide would point out the little path through the trees that you almost can’t see that leads to the places where people are permanently camping because they can’t afford to live anywhere else.  You’d drive by huge factories that used to employ generations of families, but now stand empty because those jobs are now done in other countries.  You’d drive by a giant wall. It was built years ago to divide one of the biggest neighborhoods, separating the big, expensive homes from the smaller, cheaper homes, and maybe you’d think, “How did I never notice that wall before?” and “How in the world could they be so callous?”

And you’d drive by the newer housing complex that has been built specifically for homeless people so that they can live rent free long enough to get a fresh start.  And the tour guide will tell you that they’ve found that this is an effective solution because it gives people a guaranteed safe place where they can actually sleep and shower and rest.  It gives them an address to put on job applications and to qualify for ID cards, because you can’t get one without an address.  And there are washers and dryers so they can wash their clothes as often as they need to.  And they have refrigerators and stoves so they can cook real food instead of eating only what comes out of a box or a can or a trash bin.  And caseworkers and counselors walk alongside them through the process of getting established, so they don’t have to figure everything out alone, and to help them make good choices. And the tour guide might tell you about the research that’s been done that shows that poverty affects our cognitive abilities.[3]

The organization that provides this poverty tour in Greenville is called “Our Eyes Were Opened.”[4]  It’s named after the story in Luke of the two people walking to Emmaus on the day that Jesus was resurrected from the dead.  Jesus walks with them helping to see Jesus’ life and death from a different perspective. But they don’t know it’s him until they sit down to eat with him, and as he breaks the bread and gives thanks to God, their eyes were opened and they saw that it was Jesus (Luke 24:31).

With God’s help, we can change how we see.

Acknowledge our tendency to see people through our self-serving bias.

Ask God for help to find ways to change our understanding.  Seek out books, movies, classes, websites that help us to see.  One that has helped me recently is the series on CNN called United Shades of America.  In each episode, the host W. Kamau Bell talks with people about their lives.  On one he talks to farmers in Oklahoma about the challenges they face, and we learn about the additional challenges for farmers of color.  On another he talks to homeless people who live in Skid Row in Los Angeles.  Another episode talks with Iranian-American immigrants living in Miami.

What else can we do? Share what we have and be thankful for what we have.  Be happy for the blessings God gives other people.

Treat everyone with dignity.  Everyone deserves it.  For the last will be first and the first will be last.

Our society values those who have money or are beautiful or who are productive in particular ways.  God sees us all as valuable and worthy because he made us and loves us.

MLK Jr. famously said: “The arc of the moral universe is long, but it bends toward justice”…and Ruth Bader Ginsberg added: but only “if there is a steadfast commitment to see the task through to completion.”

And may we all give thanks for all our blessings, including those God gives to other people.

[2] The phrase translated, “Are you envious because I am generous?” is literally rendered, as it is in the King James Version, “Is your eye evil?” The problem is not with the owner’s generosity but with our eyesight—our angle of vision—and there is another way of looking at things that the sermon can expose.  Patrick J. Willson, Ed. Cynthia A. Jarvis and E. Elizabeth Johnson. Feasting on the Gospels–Matthew, Volume 2 . Presbyterian Publishing Corporation. Kindle Edition.