Today we’re talking about how God’s love is uncontainable and we can trust that he is working in other people.

One of the most frustrating days I can remember was the last day of our move from South Carolina to Galveston, Texas.  We were driving a rented truck full of our stuff, and towing a trailer with our car on it.

We were tired of being on the road, anxious to get to our new home, and it was taking forever.  Along the way, we were texting updates to the person that was supposed to meet us at the rental house to let us in.  We were estimating our arrival time using Google maps.  Usually that works pretty well.  Two things were getting in the way, though: 1) Google could not predict the traffic jams that would spring up on Houston freeways,  and 2) Google did not adjust for the highly annoying fact that the rental truck had a governor on it that kept us from driving over 55 mph.  So every time we checked the estimated arrival time on the map app, it got later and later and later.  We were so frustrated.  The people waiting for us were frustrated.  It seemed like our journey would never end.

The governor on that truck engine was like a stumbling block.  It was put there to keep us from going the speed limit, but it also provoked us to anger and exasperation.

In today’s reading from the gospel of Mark, Jesus warns the disciples about putting stumbling blocks in the way of people.  John tells Jesus that he’s seen someone casting out demons in Jesus’ name, so John told that person to stop because he wasn’t part of their group.  Jesus says, “Don’t stop him. No one can use my name to do something good and powerful, and in the next breath slam me. If he’s not an enemy, he’s an ally.” (Mark 9:39 MSG) “Whoever is not against us is for us.” (Mark 9:40)

It’s kind of funny that John wanted to stop this person from casting out demons instead of applauding their success, because it wasn’t too long before this that the disciples had been trying to cast out a demon and had to get Jesus to do it for them because they couldn’t do it themselves (Mark 9:14-29).

Why does John react this way?  Maybe he is jealous of that person’s success at doing what he couldn’t do.  Jealousy is not an unusual response.  The pharisees were jealous of the crowds that came out to see Jesus.  It’s one of the reasons the pharisees challenged Jesus.

Proverbs 27:4
Wrath is cruel, and anger is outrageous; but who is able to stand before envy?

Envy can cause us to put up stumbling blocks for people and it can be our own stumbling block.   But we need to trust that God’s love is uncontainable and is working not just in us, but also in other people.

Jesus says some pretty outrageous things about stumbling blocks.  “if you give one of these simple, childlike believers a hard time, bullying or taking advantage of their simple trust, you’ll soon wish you hadn’t. You’d be better off dropped in the middle of the lake with a millstone around your neck.”  “And if your hand or foot causes you to stumble, better to cut it off and enter life lame than to be thrown into hell.” When I first read this, I thought it was a bit harsh – the whole millstone in the lake thing.Sheesh. But Jesus is using hyperbole. He doesn’t mean it literally.  But he is trying to impress upon us how important it is to pay attention to the things that get in the way of loving God and loving our neighbors, and to pay attention to the ways that we can be getting in the way of that for other people.

For the disciples, one stumbling block seems to have been their pride over being part of Jesus’ inner circle.  It’s something we all are susceptible to and need to be aware of.

There was a summer camp where the kids who came were divided into two cabins, and the two groups were kept separate from one another.  None of them knew each other before they came, but over time, the groups became more and more distrustful of each other because of their separation.  Each group assumed they were better than the other group.

We are easily divided, and tend to make assumptions about those who are different from us or who do things differently.  One of the reasons we make assumptions is that we get stuck in telling limiting stories about each other.

For example, we may be telling nostalgic stories about our pasts that make it frustrating to move forward in the present. 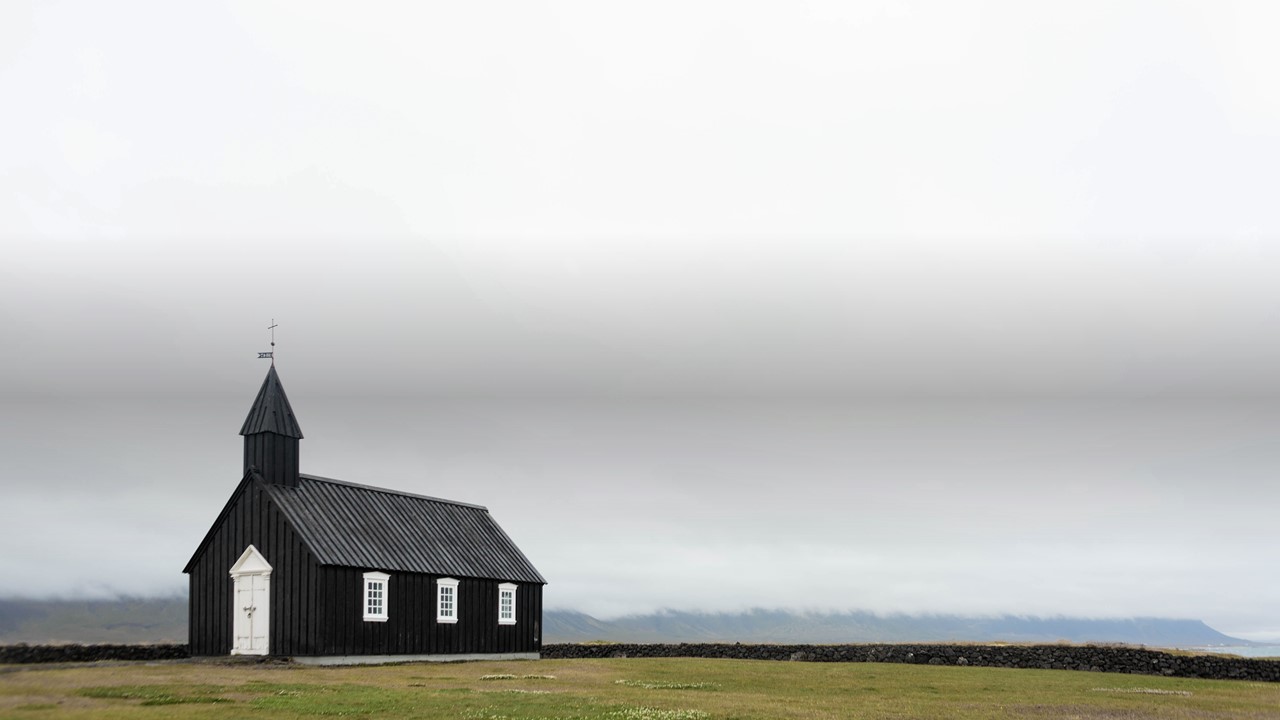 Writer and researcher Susan Beaumont tells about a church that loved to tell the story of Anna B who kept the church from being shut down during a lean time. They couldn’t afford a pastor, and so people eventually stopped coming, but Anna kept on faithfully showing up each week and taking care of things even when no one was coming, and eventually people started coming back.  It’s a beautiful story.  But it left out some things.  One day a new pastor did some digging into the history of the story.  The basic idea was true, but what had been left out was that Anna also gave sacrificially and encouraged others to do the same so that they could hire a new pastor.  She also helped them decide to tear down the old rag tag building and raise money to build a new one.  It’s a much bigger story than just showing up.[1] Anna had incredible faith and God came through.

Nigerian novelist Chimamanda Ngozi Adichie gave a TED talk about how we get stuck in one story. Her speech was entitled “The Danger of a Single Story.”[2] Adichie spoke about the many overlapping stories that make up our lives. She warned that if we hear only a single rendition of a memory, event, or circumstance, we risk misunderstanding. We create stereotypes. We reduce complex people and events to a single knowable perspective to categorize and simplify our knowing. Adichie says, “Show a people as one thing, as only one thing, over and over again and that is what they become.”[3]

We do this with our expectations of God, too.  We have experienced God working in our lives in one way and we get stuck into thinking that this is the only way God can work.  But God is bigger than our expectations, and God can work in a million different ways.

It happens to Moses and the people of Israel when they are wandering in the desert for those 40 years.  God tells Moses to gather 70 elders and God will pour out his spirit on those elders so they can help Moses lead the people.  So Moses chooses 70 elders and has them gather around the tabernacle and God pours out his spirit upon them and they prophesy.  But two of those 70 didn’t go to the tabernacle, they stayed in their tents.  God’s spirit was upon them too, though, and they prophesied.  So someone ran to tell Moses about these two men.  “Moses, my master, make them stop!”

29 But Moses replied, “Are you jealous for my sake? I wish that all the Lord’s people were prophets and that the Lord would put his Spirit upon them all!” (Numbers 11:28-29)  It’s a foreshadowing of what happens at Pentecost when God pours out his spirit on all people.

Are we jealous when God is doing something with people who are not part of our circle?  Or when God is doing something in a different way than the way we do it?  God is not contained by our traditions or plans or ways of doing things.  God is not containable.  And when we try to contain God in our own ways, we can be putting stumbling blocks in front of people.

Jesus is not the only one in the Bible who warns us not to frustrate people.  Paul also talks about this in his letters.  Our son Tristan reminded us of this on occasion, quoting Ephesians 6:4 that says, “Fathers, do not provoke your children to anger.”  Do not exasperate them or frustrate them.  I asked Tristan this week if he remembered why he was telling us this, and he doesn’t, but we agreed it probably had something to do with us bugging him about cleaning his room.

We could have countered by reminding him that the passage also tells children to honor their fathers and mothers, or we might have countered with Proverbs 22:6 that says, “Train up a child in the way he should go and when he is old he will not depart from it.”

What does it mean to teach a child the way?  So often, like the pharisees, we get too caught up in teaching them more about rules and “thou shalt nots” and less about the love and grace of our forgiving and generous God.  I have heard us saying that our hope is that our children will learn to rely on God like we rely on God, and to love our neighbors.

That may happen in different ways than it has happened for us.

But our prayer is that it does happen, so that all may know the wonderful love and grace of our uncontainable God.

[Today Ryan Corwin is going to tell us about how God has been working in his life.]