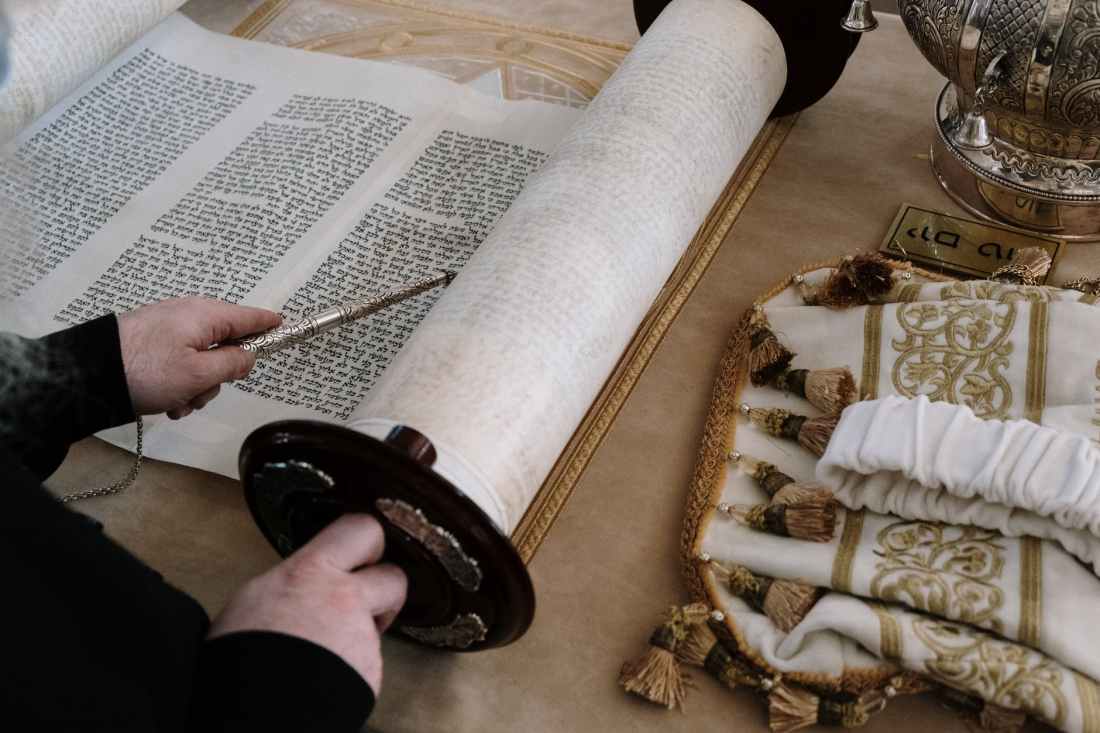 The title of this message is “This is Us.”  Now, I have a confession to make. That phrase fits our sermon today, but I actually haven’t ever seen the show.  I chose the title because today’s text reminded me of the time when I was to lead a commissioning prayer in worship for a young man who was heading off to seminary.  He had asked that I include words from Isaiah 11 and Isaiah 61 in the prayer, almost the same words Jesus is reading in our text:

“The Spirit of the Lord is upon me….he has anointed me
to proclaim good news to the poor.
He has sent me to proclaim liberty to the captives
and recovering of sight to the blind,
to set at liberty those who are oppressed,
19 to proclaim the year of the Lord’s favor.” (Luke 4:18-19)

I think I had a bit of mistaken identity, and maybe we all might be susceptible to this at times….thinking that this is Jesus’ call but not ours, or reading this only in figurative or spiritual terms, or thinking that they have no meaning for us because the tasks in these verses are too big for us to accomplish.

They are big, but let’s be real. We really cannot complete them, just as Jesus did not fully complete them, but what can we do? We can work on them one step at a time.

In Luke’s gospel, this is the beginning of Jesus’ ministry, and these words set the theme for the rest of Luke’s gospel in which Jesus goes to people who are considered outsiders, the ones that most people would avoid – lepers, demon-possessed, disabled, sinners and tax collectors.

Our reading began with the word “then,” because this comes after Jesus was on a 40-day retreat in the wilderness, fasting and being tempted.  Luke tells us Jesus was in the wilderness because he was led by the Spirit (4:1), so it’s not surprising that verse 14 of our text for today it says that Jesus comes out of that experience “empowered by the Holy Spirit.” And the text Jesus reads from Isaiah says, “The Spirit of the Lord is upon me…” And Jesus says this is me. The Spirit of the Lord is upon him to do this work. And as followers of Jesus, this is us, too.

And in Acts 1:8 “you will receive power when the Holy Spirit comes upon you. And you will be my witnesses, telling people about me everywhere.”

This is who we are, not just following Jesus for ourselves, but for the people around us as well.

I thought Isaiah’s words weren’t about me, but I realized I had a case of mistaken identity, and I learned something about myself. About 15 years ago, in Michigan, there was a group of students from Taylor University in a devastating crash involving a semi-truck.  All but one of the students died.  The one who lived was in the hospital in a coma for five weeks.  Meanwhile, the families of those who died were having funerals. But one of those funerals was for the wrong person, because there were two girls in that vehicle who looked similar, both with long blond hair, who had been misidentified.  The one they thought died was actually the one who was alive.  Years later, the one who lived said, “A lot of people wonder what people will say about you at your funeral.  I know. And it wasn’t all good.”  She says she was surprised to find out that she wasn’t very good at sports, and that her sister thought she didn’t shower enough. She learned a lot about herself and became a different person as a result.

We say we’re different as Christians, but not always in the ways we might expect.  We make a lot of assumptions about what it means to be a Christian, which can be a sort of mistaken identity. Christians are not all the same in their beliefs or practices or mission.  How do you think of yourself as a Christian?  In what ways are we like or unlike Jesus, the one we profess to follow?

The passage from Isaiah that Jesus reads is like a mission statement.

How would you complete that statement for yourself?

What is Jesus calling you to do? What is he asking us to do?

At our session meeting this week, we had some discussion about these verses, and about the challenge of learning about the needs of our community.  Who are the poor and oppressed, those being held captive, or needing help to see?  It can be hard to know, as people tend to keep their problems hidden and go on as if everything is fine. I think we would all agree that the pandemic has made it even more difficult.

There’s a church in Wisconsin that provides meals during the summer like we and the other churches here in Sterling have, but they didn’t limit it to children. They invited everyone, and were surprised at how many older people came.[1] And so they learned about a need in their community.  Who might be the hungry in our community that are getting missed?

It’s good to work with the churches in our community as much as possible, but there are some ways in which we are unique.  For example, when we first started talking and learning more about racism after George Floyd was killed, it didn’t seem like any of the other churches in Sterling were talking about this.  We committed to working on dismantling structural racism as a Matthew 25 church, so we need to keep growing in our understanding so that we can more and more be advocates for anti-racism in our conversations, in the ways we vote, and in our actions.  This is one of the ways we live out Jesus’ mission “to proclaim liberty to the captives….[and] to free those who are oppressed.” This is us.

This week I was reading a booklet that was put together around the time that our current UPC church was built. The booklet tells the history of United Presbyterian Church up to the 1970’s, including all the pastors since the late 1800s when this church was founded. It was interesting to see that college presidents served as pastors of UPC at times. When the booklet was written, both Sterling College and the Presbyterian manor assisted living facility (now Sterling Village) were owned by our presbytery and our denomination. Our church had helped to get them built, and the trunk line we used to broadcast worship services to the manor was installed right when the manor was built. Since those organizations were part of our presbytery, our church was the primary church involved in their care, and the mission of the church was largely focused on those efforts. Our identity as the manor church and the college church has a long history. But now the manor and the college are no longer part of our presbytery or of the PCUSA, and now other churches in our community are also connecting with the manor and college.  In light of this, how might our identity be changing?

In our reading from Luke, after Jesus finished reading the scroll, he sits down and says, “The Scripture you’ve just heard has been fulfilled this very day!” Today. How about us? In what new ways can we say, “This is us today.”

We all have different gifts and abilities, and all of those are needed to be the body of Christ and to meet the needs of our community. Sometimes it’s hard to get used to a new identity, but it’s important to know who we are and to own that.  I learned that lesson one day when I went with a group from my church to work at the soup kitchen in Galveston. Other groups there helping out too, and we got to know each other a bit as we worked side-by-side. On one of the breaks, someone from our church mentioned that I was the pastor.  The woman I’d been working alongside got very upset that I hadn’t introduced myself as the pastor right up front, because, she said, “I wouldn’t have said some of those things if I’d known you were the pastor.”

We have a lot of misconceptions about each other. To get past those, we have to be willing to be honest with ourselves and one another.  And we need to find ways to listen to one another. Bryan Stevenson, the founder of the Equal Justice Initiative, has said, “If you are willing to get closer to people who are suffering, you will find the power to change the world.”

Susan Dunlap, a professor of practical theology at Duke University, has recently published a book about her experiences working with the homeless and doing prayer services at a homeless shelter.  She says that some shelters require attendance at chapel services, but this shelter has no such requirement. People come only if they want to. And although Dunlap is there to guide them, she doesn’t make them follow a particular format. Those who come are invited to tell about needs for prayer and to pray for one another, and she says she has learned that they are often better at encouraging one another.

Dunlap says that one of the reasons she wrote the book was to make “a plea for proximity.” She says, “I want to help people understand we have to dwell on the margins — not as rescuers or fixers or helpers, but as equals before God who come together to pray. . . [Not by] giving people orthodox and correct theological propositions to live by. But I wanted to develop a respect for theological worlds that have emerged out of suffering and persist because they continue to mediate the love and mercy and power of God.“[2]

We often quote 2 Chronicles 7:14 which says, “… if my people who are called by my name will humble themselves and pray and seek my face and turn from their wicked ways, I will hear from heaven and will forgive their sins and restore their land.”

The world needs us to be who Jesus calls us to be and go, “not as rescuers or fixers or helpers, but as equals before God who come together to pray” and to listen and to learn how to change our ways so that we are being anti-racist, not perpetuating systems and structures that contribute to racism and poverty, oppression and bondage.

These are big challenges, but with God’s help, we will work on them one step at a time.

Desmond Tutu said, “Do your little bit of good where you are; it’s those little bits of good put together that overwhelm the world.”[3]

Today the Spirit of the Lord is upon us.

Wherever you are, say that with me.  This is us.

And all God’s people said…Amen.