What does it feel like to be wrong? (Rob Krabbe says, “I’ve never known.”)

Kathryn Schulz, the Pulitzer Prize winning author of a book entitled “On Being Wrong,” says in her 2011 TED talk that in general, in an abstract sense, we all understand that we could be wrong. We are even occasionally willing to admit that we have been wrong in the past. Everybody makes mistakes. We’re human.[1]

We feel bad when we know we’re wrong, but what about when we don’t know we’re wrong?  Then it feels like being right. If we think we’re right and someone tells us we’re wrong, we might get angry, which brings us to our scripture reading from Luke 4.

Today’s scripture is the continuation of the story we read last week. Jesus goes to his hometown synagogue in Nazareth and gets handed the scroll of Isaiah where he reads these words:

“The Spirit of the Lord is upon me,
because he has anointed me
to bring good news to the poor.
He has sent me to proclaim release to the captives
and recovery of sight to the blind,
to let the oppressed go free,
19 to proclaim the year of the Lord’s favor.”

And then he says, “Today this scripture has been fulfilled in your hearing.”

At first the people seem to be responding favorably, amazed at his gracious words, but then they turn on him.  What is it that makes them so mad?  It’s the crux of the story, and yet commentators do not agree about why it happens.

Though we don’t know exactly what makes the people of Nazareth get mad at Jesus, they get really mad. They could have just tossed him out of the synagogue, but they’re so mad they try to throw him off a cliff.  This angry mob at the beginning of Jesus’ ministry is much like the angry mob near the end of his ministry who were shouting out, “Crucify him!”

Interesting that the word for how the people in Nazareth were talking about Jesus at first is martyrion which means witness or testify. (It’s the root for our modern word martyr.)  It’s a positive response. Some Bible versions say they praised Jesus.  But then the tide turns.  But isn’t this Joseph’s son?  Isn’t he a carpenter?  How can a carpenter be the fulfillment of these words from Isaiah?

It’s not surprising they’re having trouble believing what Jesus has just said.  They watched him grow up.  How can he be the fulfillment of prophecy?

The week after Christmas, Rob and I went to Texas to see our children and grandchildren.  We hadn’t seen our granddaughter Lila for a couple of years.  She’s six now, but the last time we saw her she was four.  There’s a lot of difference between a six-year-old and a four-year-old.  Without realizing it, we were still treating her like a four-year-old. She is quite sharp and good at sticking up for herself, and so she called us out on it.  “I’m not a baby anymore, grandma.”

The people in Nazareth may have been having trouble seeing Jesus as anything other than the hometown boy, but that doesn’t explain why they got so angry. Maybe the reasons the people get so angry at Jesus are similar to the reasons we get mad.

One reason the people in Nazareth might have been angry is jealousy.  It seems from what Jesus says in verses 23 and 24 that the people of Nazareth have heard about what Jesus has done in other towns. He has been preaching and getting rave reviews. He has probably also done some healing and casting out demons.  But here in Nazareth, he has a simple message.  “Today this scripture has been fulfilled in your hearing.”  This is me. When they are incredulous, he points out that a prophet is not accepted in his hometown.  This is Jesus’ hometown.  Either he expects to be rejected, or he’s already hearing grumblings of rejection.  Maybe they wanted a longer sermon. Doesn’t everyone want a longer sermon? Isn’t he going to do some miracles?  So maybe they are jealous of those other towns and are saying, “Hey, what about us?”

Jealousy can be a strong emotion. In Genesis 37, the story of Joseph, his brothers are jealous because Joseph is their father’s favorite, and their father doesn’t hide his favoritism.  And Joseph provokes their jealous anger even more when he tells them about his dream in which all of them are bowing down to him.  They want to kill him, much like the people in Nazareth want to kill Jesus, but instead of throwing Joseph off a cliff, his brothers throw him into a pit.

What about us? Are we jealous of what Jesus is doing with other people or in other places? 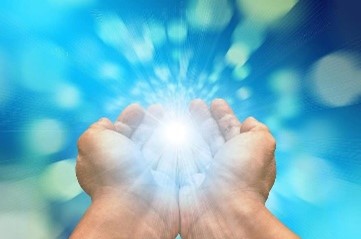 Maybe the people of Nazareth got angry because of the stories Jesus told about the miracles that Elijah and Elisha performed for people outside of their hometowns.  Do they think that Jesus is saying that they’re not good enough for him to do miracles for them?  But haven’t they done what was required by the Jewish laws?  Aren’t they at that very moment in the synagogue where they’re supposed to be on the Sabbath?  What about us?

In the story of the prodigal son in Luke 15, a similar sentiment is expressed by the older brother who is indignant that the father is throwing a party for the son that had left, and then come home after squandering all his inheritance.

[2]28 “The older brother was angry and wouldn’t go in [to the party]. His father came out and begged him, 29 but he replied, ‘All these years I’ve slaved for you and never once refused to do a single thing you told me to. And in all that time you never gave me even one young goat for a feast with my friends. 30 Yet when this son of yours comes back after squandering your money on prostitutes, you celebrate by killing the fattened calf!’

31 “His father said to him, ‘Look, dear son, you have always stayed by me, and everything I have is yours. 32 We had to celebrate this happy day. For your brother was dead and has come back to life! He was lost, but now he is found!’”

The older son is saying, “I’ve been the good one. What about me?”

What about us? Are we feeling left out?

There’s another possibility for what’s making the people of Nazareth so angry.  Throwing someone off a cliff would be similar to the punishment of stoning that is specified in Leviticus for someone who blasphemes (Lev. 24:16).  Did they think that Jesus was blaspheming when he claimed to be the fulfillment of Isaiah’s prophecy?  Or in his interpretation of the stories of Elijah and Elisha?  Do we get angry when someone’s interpretation of scripture is different from ours?

Maybe the people of Nazareth got angry because they were hearing Jesus tell them that they are wrong. They thought the Messiah would come from somewhere else, but here he has been in their midst all this time. They were wrong about the Messiah, and they’ve been wrong about Jesus.  Don’t we get angry when someone’s telling us we’re wrong?

One time when Rob and I were at a Christian conference for a few days, Rob was getting quite grumpy and difficult.  When we got back to our room, I asked him about it, and he apologized and explained that the messages we were hearing in the conference sessions were challenging him to make some difficult changes, and he was wrestling with God quite a bit, and that’s what was making him grumpy.

What about us? When God is working on us about something, do we get grumpy or angry?

Think about how our beliefs and understandings have changed over the past ten or twenty years or thirty years or more.  Some people still think a woman shouldn’t be a pastor and for hundreds of years they couldn’t. In 1955, the PCUSA changed their constitution to allow women to be ordained.[3] Now there are lots of woman pastors. It used to be illegal for blacks and whites to marry one another.  In 1967, the Supreme Court ruled in Loving vs. Virginia that race-based restrictions on marriage violated the Equal Protection Clause of the constitution.[4]  Now interracial marriage are common and it’s hard to imagine when those weren’t allowed.

You might have seen the new animated Disney movie Encanto. The music is by Lin-Manuel Miranda, and that’s the only reason I was able to talk Rob into watching this cartoon with me. The movie is about a family that’s received a magical blessing that is so great that it has overflowed to the land around them and sustained them all for years.  The matriarch of the family is very protective of that magic. Over time, each member of the family has received a special magical gift, except the little girl Mirabel.  Mirabel is jealous of her brothers and sisters who have received their gifts. She’s especially jealous of the sister whose gift seems to be that she is perfect all the time.  But maybe that perfection is an illusion, and maybe the magical blessing is fading, because the beautiful, enchanted house in which they live is beginning to crack.  There’s a lot of tension around trying to hold things together.

I don’t want to give away the ending. You’ll have to watch the movie to see what it was they had to change.

Sometimes we will get things wrong. No one gets everything right.  Being willing to consider that we might be wrong is one way we learn and grow.

The good news is that God’s grace is enough for everyone. Even us. Even when we get things wrong.

In Luke 23, when Jesus is on the cross, Jesus says, “Father, forgive them, for they know not what they do.” I’ve always thought that was just about the people who were in view at that moment, the soldiers who were crucifying him and casting lots to divide up his few possessions.  But maybe Jesus is also asking forgiveness for those people in Nazareth, and all the others along the way who had not believed him, mistreated him, denied him, or ignored him. Maybe Jesus is asking forgiveness for all of us.

What about us?   Romans 3:23 reminds us that we all have sinned and fallen short of the glory of God. The Greek word for sin, harmarton, means “to miss the mark.” We can’t hit the bullseye every time. We will miss the mark sometimes.

We get things wrong sometimes, just like the people in Nazareth were wrong about Jesus. Even though they were wrong, Jesus was able to slip away without being thrown off the cliff.

May that be a reminder to us that even when we get things wrong, God’s grace is bigger than our mistakes, and that there’s enough of God’s love and grace for us all.

[2] Photo by Gaelle Marcel on Unsplash

[5] Photo by engin akyurt on Unsplash